Notes from the Festival First Night 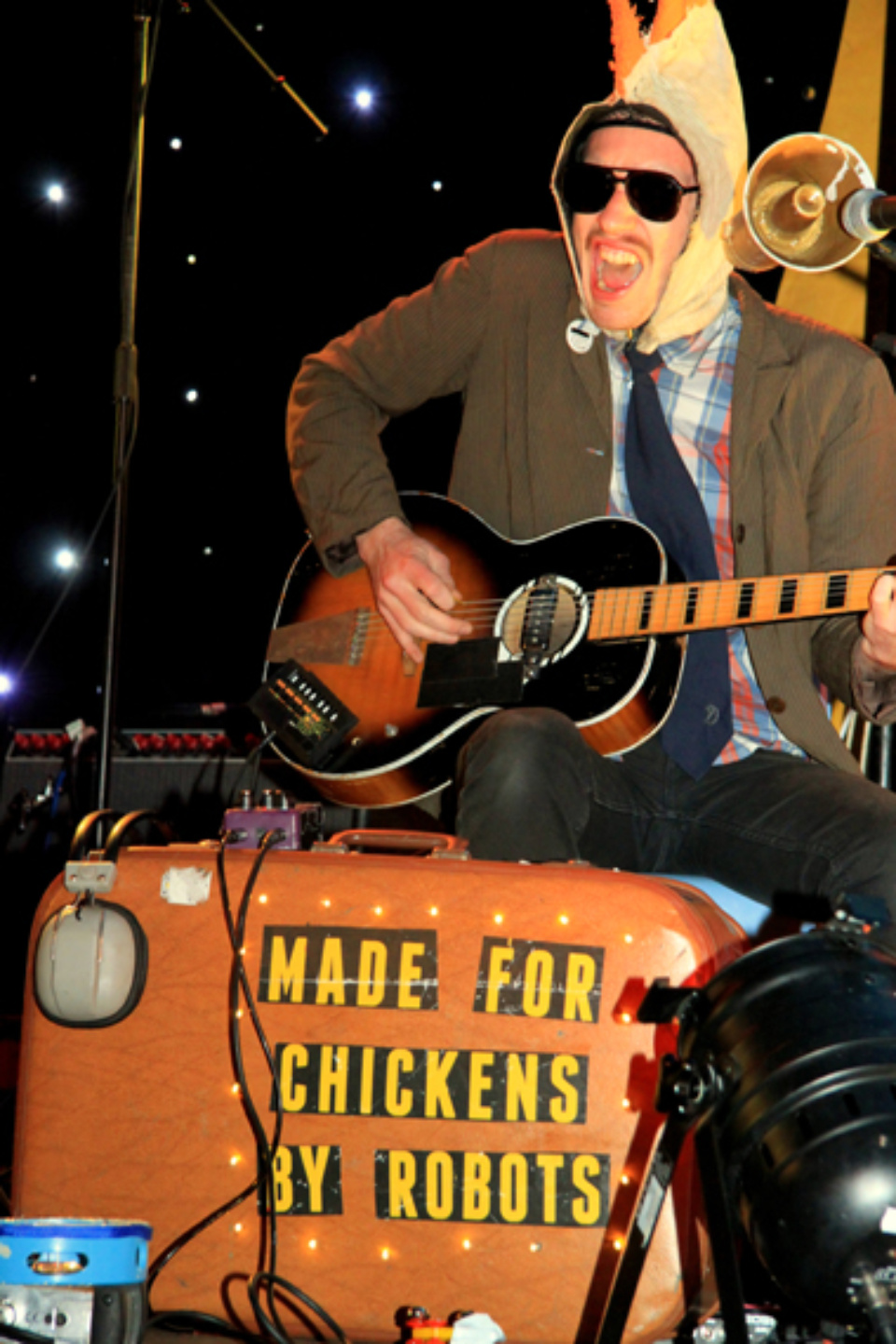 ​Wednesday was the first official day of Junction Arts Festival, an event that I have been looking forward to for months. This is my third year of Junction and again I have fallen in love with the atmosphere it creates and the different lens it enables to citizens of Launceston to look through.

I often think Launceston is overlooked, Junction puts our little city back on the map and it makes me particularly, appreciate the wonderful and diverse town I get to experience daily.

As the bitter air encouraged the audience into The Junc Room, I was disappointed that I had just missed the Red Brigade vs. Blue Brigade. I settled into a seat near the stage, eager to see the second act- Made for Chickens by Robots. This act consisted of one man, a chicken head piece, a megaphone and an old suitcase which was transformed into a kick drum. I struggled to scrawl notes in my notebook as I was too engrossed in the music and his stage presence.

His ability to engage the audience through the heavy bass notes of his guitar and the distorted tone of his voice through the megaphone left everyone with their feet tapping.

The old blues style of his music, added with futuristic element of sound effects such as police sirens, inspired me to create music as abstract and original as his. He left the stage dramatically, as the set filled with smoke and the crackle of bright sparks.

The next act was something I had been looking forward to since I received the programme for Junction. Great Earthquake is the one man band responsible for the catchy tune for the Junction ad which would dance around my mind for days at a time.

His slender stature, knitted vest and full beard had me asking the people next to me ‘Who doesn’t love a bearded man?’.

He began each song with a drum beat, which was recorded and he added layer upon layer of different instruments. Each original song involved and whimsical melody, as he added the xylophone to the other layers. I was captivated by each song and the set seemed to end far too quickly.

The final act for the evening was also another act I had been anticipating, a local act called The Embers. The five member ensemble included a violin, saxophone and the usual instruments of keys, bass, drums, guitar and vocals. The Embers took the audience on a journey through a vast variety of genres including, country, middle-eastern, folk and dance.

The most memorable moment was when the sombre tones of middle-eastern guitar picking filled the big top and a group of belly dancers entered into the light and moved into the middle of the dance floor. With everyone up on their chairs, craning their necks to see what was going on, the atmosphere was electric. Everyone clapped in time with the drums and watched in awe as the dancers wiggled their hips and the jingle of their outfits mixed with the instrumental melody of The Embers.

Overall, I think the festival began exceptionally and set the scene for what the rest of Junction will showcase.